Smart contract concept was developed by "Nick Szabo" in 1994 with the goal of bringing practices of contract law and practice to  design the electronic protocols between strangers on the Internet. Bitcoin emerged the use of contracts/blocks on a blockchain. Ethereum has made smart contracts operational along with the facility of ready made templates for various purposes. Smart contracts in general can be used to form any type of agreement that consists of specific & precise conditions and outcomes.

What is Smart Contract ?

Payment settlement after a job is complete.
Assuming that their are two parties in which a payment has to made based on a job. In this case a smart contract plays an automatic and trustworthy role. A legal contract is made between a client and vendor based on various terms and conditions. Payment is made based on these terms. On start of the contract full payment is made by the client and it goes to an intermediate wallet. This payment will be release to vendor on completion of the job and only when both of the parties agrees. If any of the party disagrees and terms of the contract are not full filled the wallet payment goes back to client automatically.

Anatomy of a Smart Contract

Elements of a contract are mutual consent, consideration, capacity, and legality.

Formation of Smart contracts depends on the information of
- Various parties involved,
- Their obligations,
- Time,
- Terms and Conditions,
- Host that will execute contract code,
- Contract Outcomes

Three main stages during the formation of a smart contract -
First : Translating the terms of the contract into code.
2nd : Ensuring the mutual consent from all parties for the correctness & outcomes of the code written for contract.
3rd : Execution of the code in impartial way so that results are always trustworthy and precise.

Coding Structure of a Smart Contract
A contract is similar to a class. A contract code is consist of state variables, functions, function modifiers, events, structures, and enums. It supports inheritance and polymorphism concepts of Object oriented programming.

Block-chain. What is Block Chain Technology ?
The concept was brought in to existence within the context of a  crypto currency Bitcoin in 2009. But innovative engineers have envisioned many other ways for distributed ledger technology to benefit the world.

It will have some very profound applications for society over the years to come. Companies like Microsoft Azure has already announced Coco Framework for enterprise block-chain networks and Ethereum has launched it block chain app platform years ago. Amazon, Microsoft Azure and IBM Bluemix rolling out Blockchain-as-a-Service (Baas) from the cloud.

The block chain technology cannot be said exactly a revolution. But it can be compared to the nature of a tsunami which slowly advances and gradually envelops everything along its way by the force of its progression.
The world is preoccupied with dissecting, analyzing and prognosticating on the block chain's future. Technologists, entrepreneurs are in dilemma if it is to be considered panacea or poison. Lets look at few pros and cons of this technology below that may help to make up their decision. 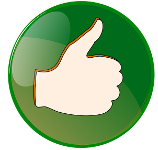 
With this i would like to summarize my post here. New technology bring along both new benefits and drawbacks. At least we should listen about it and give it a try. Humanity has always worked for making the things easy, useful and advance. 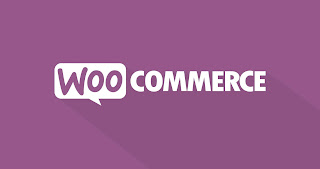